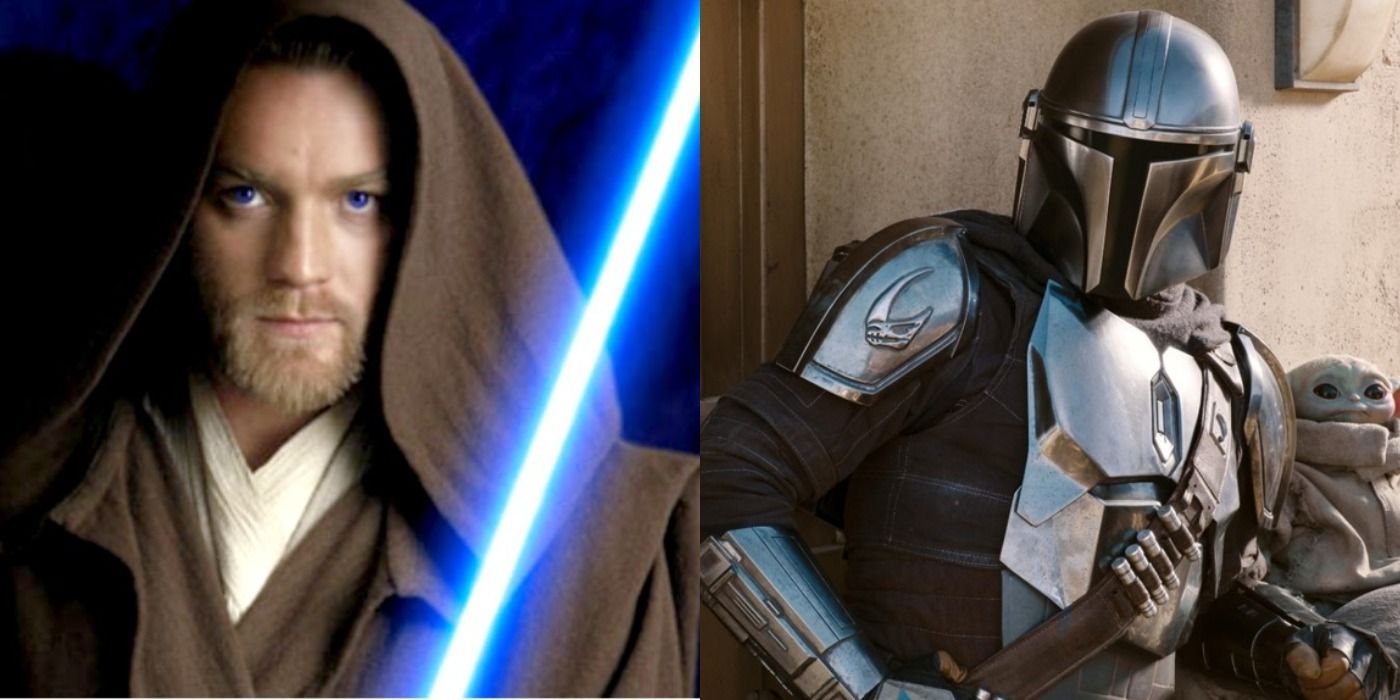 star wars is one of the greatest sagas the realms of fiction have ever known. Stretching far beyond the outer rim of the galaxy far, far away, this world of Jedi, Sith, smugglers and droids has thrilled and entertained millions of fans for decades. But for all of its spaceships, aliens, and journeys to other planets, there are more than a few things that keep it from being a pure sci-fi experience.

For every blaster and spaceship, there’s a bit of sword and sorcery right behind it. Although the series is set in a distant galaxy of various planets and other space-themed images, star wars might as well become an epic fantasy if the focus shifted.

When fans think of the decor of star wars, images of various planets and star fields are probably the first sights that come to mind. But in a larger sense, the universe inhabited by Yoda, Kylo Ren, and R2D2 isn’t a futuristic setting seen in most sci-fi movies, but an entirely different realm.

So many fantasy stories are set in “far, far away” realms, but the one factor that makes this universe lean more towards fantasy is the absence of Earth. Where many science fiction tales, even interplanetary ones, feature some version of Earth or remnants of it involved, star wars does not. This means that the saga may very well take place in another area.

Armor is a common element in science fiction and fantasy, but it is perhaps used for different environments, occupations, and purposes. There are, however, certain cultures and sects of the inhabitants of the galaxy that derive greater influence from more medieval inspiration than tactical or ballistic.

A good example of this are the Mandalorians seen through different pieces of star wars media. With their steel-forged armor and helmets resembling the barbute helmets of ancient knights, it’s clear to see the warriors who inspired their battle-centric culture.

Warriors fight with codes of chivalry

The Jedi, Mandalorians, Tusken Raiders, and Knights of the Round Table all have a little more in common than first-time fans might think. Across genres and even throughout history, famous warriors have relied on some form of sacred code or belief to separate themselves from the crowd, and it’s also seen in the star wars universe.

The Jedi and Mandalorians are perhaps the most prominent examples of this, each with rules regarding combat, mind, body, and soul. It is practically impossible not to compare them to other fictional orders, brotherhoods or fraternities seen in fantasy.

The duel is a common theme

By duel, it is of course mainly those made of lightsabers, but other weapons have also been allowed, such as the recent duel for the darksaber seen in the Book by Boba Fett. So many iconic fantasy showdowns have been framed as duels to the death, and the spirits behind star wars definitely noticed.

RELATED: Star Wars 10 Of The Most Memorable Quotes About Failure

Whether it’s the final showdown between Kenobi and Vader or something as simple as the Pod Race on Tatooine, duels are much-used symbols that capture the ongoing struggle of good and evil that hangs so heavily. on various fictions. The image is simply one that never goes out of fashion.

The symbolism of the sword

From the early days of Excalibur to the significance of the infamous Darksaber, swords have been symbols of power and authority both in and out of fiction. Where the biggest and baddest guns, mech suits and spaceships might be what empowers other sci-fi cultures, blades still seem to be very common in a realm of blasters and death stars.

Lightsabers are the franchise’s biggest symbol, and they can be as sleek or as over the top as the warriors who wield them. From skilled duelists like Obi-Wan and Count Dooku to powerhouses like Grievous and Kylo Ren, blades are still the tools of the trade for powerful heroes and villains alike.

Many monster designs are fantasy-inspired

Sea monsters, giants, yetis, and mysterious hooded beings all sound like things that would be more at home in a Tolkien novel or a J&D campaign rather than a sci-fi space opera. And yet, the Opee Sea Killer, Rancors, Wampas, and Jawas are some of the galaxy’s most recognizable creatures.

Certainly, there are as many species in the universe that are strictly star wars, like the Wookiees, Ewoks, and Hutts, but the comparisons to the races and beings seen in the fantasy genre are definitely there. For all the fans, there might even be a planet of elves, dwarves, and orcs somewhere in the Outer Rim.

For a universe built on lit cities, space stations, and intergalactic canteens, there are certainly plenty of elaborate castles, palaces, and fortresses scattered across the galaxy. Although the series has its own form of designed architecture, some structures cannot be called anything less than fantastic.

These great examples include Darth Vader’s castle on Mustafar, the Queen’s palace on Naboo, and even Maz’s place of operations at Takodana Castle. All are large, elaborate and imposing ruler symbols that could fit more on the cover of a DM screen than a distant planet.

There are literal dragons

The franchise has been one of the main symbols of the sci-fi genre for ages, but for such a figurehead of the genre and its community, the galaxy certainly has more dragons than the average fantasy realm. While some might consider the dragon Krayt a singular occurrence, they aren’t the only species in the galaxy.

RELATED: 10 Best Star Wars Books For Fans Of The Original Trilogy (According To Youtini)

Krayt, Carnellan, and even the mighty Mythosaurus are all creatures of draconic origin in design and behavior. Even Boba Fett’s first canonical appearance featured him on the back of a Panna Dragon in the Life Day Special.

While George Lucas has admitted to basing the Jedi on the samurai, seasoned fantasy enthusiasts can’t help but draw more comparisons to masters of the mystical arts than to shoguns and daimyos. Besides their “weapons of a more civilized age”, they have a lot more in common with characters like Merlin than they do with Akira Kurosawa’s creations.

Consider the elements that make a basic wizard and that of a Jedi. They wear long, flowing clothes with large hoods, derive their powers from a mysterious energy source, and can control the elements, thoughts, and people through mastery of their art.

The Force is a mystical energy

In the most basic terms, the Force is the magic of this universe. It is an energy that circulates throughout the universe and connects all living beings, and those who are in harmony with it can use it to perform miracles or destruction. The same rules and inflections can be said about various other mysterious energies that flow through different realms.

Magic in the magical world of Harry Potter, Mana in various novels and tabletop games, and other forms of inexplicable energy all share similarities with the Force. While mastery and tools of the trade may differ, this is perhaps the most important fantasy distinction the series has to offer.

NEXT: 10 Star Wars Character Tropes The Franchise Keeps Returning To