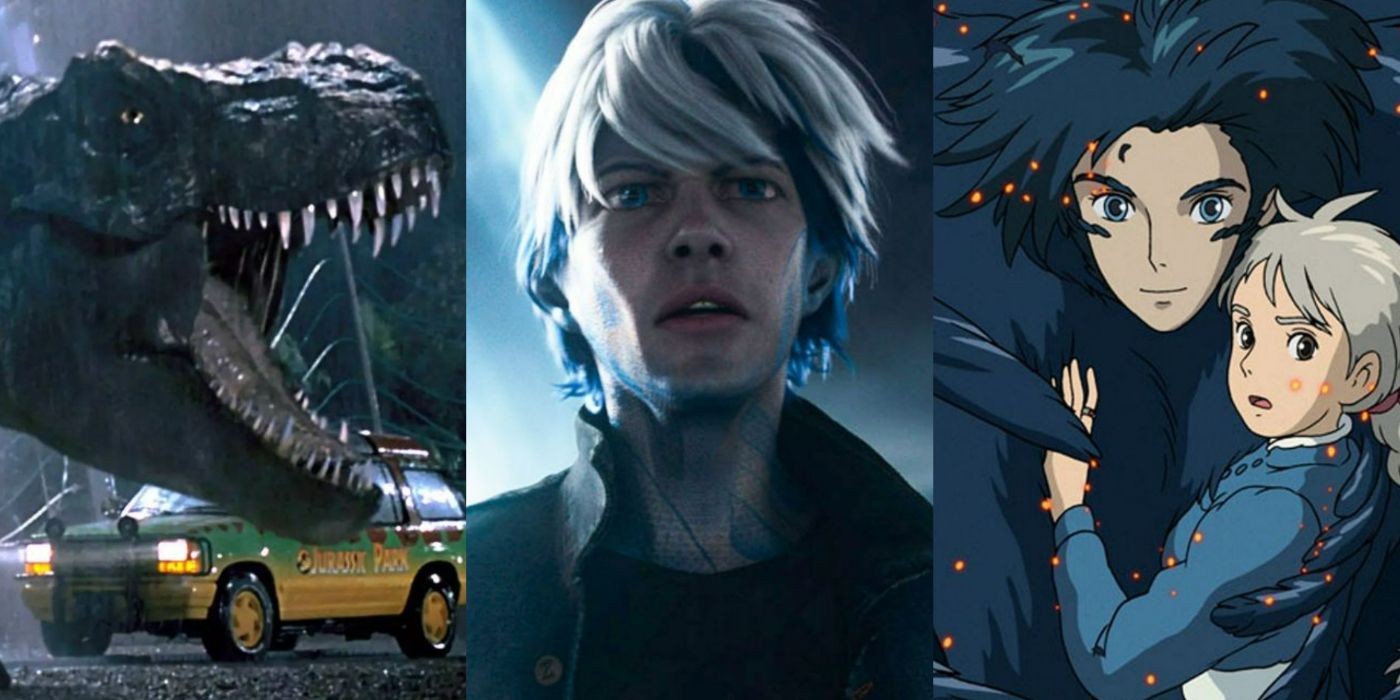 The recent success of rings of power The series has once again demonstrated the public’s interest in fantasy adaptations, with the meticulous lore depicted in JRR Tolkien’s books providing the perfect foundation for a great story. Of course, with the success of the Lord of the Rings film adaptations, one would expect the Prime Video series to at least get some fan attention, especially with the plot of a new medium. In the end, it’s easy to conclude that a novel with a strong fan base will produce a much-loved screen adaptation.

But over the years, book fans have learned that a film adaptation doesn’t guarantee the same story being told on screen. Several changes are often needed to shorten a tale to a few hours or to accommodate the limits of what can be duplicated with movie magic. Other times, the writers decide to use a book as vague inspiration for a creation of their own. This has resulted in a slew of book-to-movie adaptations that Redditors say have absolutely nothing to do with the books they love.

Released in 1993, jurassic park paved the way for an entire beloved franchise, which includes the recent Jurassic world movies. The title has become so mainstream that many fans may not even realize it was originally based on the 1990 novel of the same name, written by author Michael Crichton.

In comparison, Redditor Reshutenit states that the two stories differ significantly. “In the book, Hammond is a one-dimensional villain,” they said, explaining that the likeable man in the film was completely original. Along with other completely different characters, a lot more people die in the book, which ultimately leads to a much less happy ending.

When comparing the popular How to train your dragon DreamWorks film to Cressida Cowell’s 2003 novel, Redditor Dpdevlin shared that they weren’t sure they would “even consider them the same story.”

In the book, the premise that Vikings are at war with dragons is non-existent. Instead, the people of Berk must train a dragon when they reach adulthood or risk banishment. What makes Hiccup special is that he learned to speak the dragon language and made a unique connection with his dragon, Toothless, who was so small he rode on the boy’s shoulder.

Harrison Ford already had many iconic roles and quotes when he played Rick Deckard in blade runner, which helped make the 1982 film an instant classic. Its success was so great that avid fans decided to read the novel it was based on, Do androids dream of electric sheep (1968), by Philip K. Dick.

However, moviegoers might have closed the book feeling a bit confused. The pages contain no mention of “blade runners” or “replicants”. Instead, these were simply referred to as “bounty hunters” and “androids”, respectively. Redditor Cynth81 noted that the two forms were not only completely different, but that Dick’s “brilliant concepts weren’t executed” in the books, and the movies expanded on the basic story considerably.

The 2007 movie Stardust was a charming fairy tale based on the 1999 novel by acclaimed fantasy author Neil Gaiman. It was romantic and totally magical, fitting Gaiman’s themes perfectly. But from there, the similarities start to shift.

Redditor Nineteen_adze said the book is a “poetic, bittersweet fairy tale,” while the movie is a “fun adventure,” adding that it’s hard to think of them as the same story. Even the hero’s name was changed from “Tristran” to “Tristan”, and the end of the book saw the lovers separated by their differences in mortality rather than living happily ever after in the stars.

Kiki’s Delivery Service is the film that solidified Studio Ghibli and the work of Hayao Miyazaki in the hearts of many fans. It’s a charming coming-of-age story with the perfect pinch of magic – fantastical but still relatable.

While author Eiko Kadono’s 1985 Japanese novel had a similar theme, the story couldn’t have been more different. While Miyazaki is known for only subtly drawing on novels from his films, Redditor PretzilBoy felt he “took too many creative liberties” with Kiki. The central plot conflict, Kiki’s loss of trust and, by extension, her powers, never happened in the book, which was mostly a collection of minor stories. Anne of Green Gables-like conflicts.

Another Studio Ghibli masterpiece, Howl’s movie castle, dripped with magic and romance, with a perfectly subtle dash of comedy. Like many of Miyazaki’s films, it is based on a novel by English author Diana Wynne Jones (1986).

Being a few decades old when the movie was released, many fans had never heard of the novel before seeing the movie and wanted to check it out. When they did, like Redditor Lol8lo, they were surprised to find that it was “very different from the movie”. In the novel, Sophie finds out that she is a witch and the main antagonist is the Trash Witch’s fire demon. At one point, Sophie also travels with Howl to “our” world, where she experiences cars and computer games – certainly not something that could be adapted to the Howl’s Howl’s Moving Castle film.

When asked which film adaptation had nothing to do with his book, Redditor SFFThomas replied, “Coraline sure. Gaiman’s novel of the same name contained a perfect dark fantasy story for acclaimed claymation director Henry Selick, but he still saw fit to make some significant changes.

Gaiman’s story was much shorter and simpler. In this one, Coraline is a smart and polite girl who never falls for the fake world, which is much less full of fantastic pleasures. She immediately becomes suspicious of Beldam, or the Other Mother, and works independently (her troublesome friend Wybie was non-existent) to bring him down with her endless wits.

After decades of discussions around a film adaptation of Ender’s game Orson Scott Card’s 1985 novel, it finally happened in 2013. The project was challenging because much of the novel’s story is told through the protagonist Ender’s inner dialogue, which is difficult to translate to the ‘screen.

This involved greatly simplifying the plot, which naturally resulted in a noticeably different film, which Redditor TheSammySpuds called “the most rushed piece of cinema” they’ve seen. In this one, Ender is much older than how he starts in the book (only six years old), and the situations in which he kills other children and is terribly manipulated by the Academy are removed, giving a very different story and theme.

After reading Ernest Cline’s novel, Loan player one, fans were eager to see it adapted to a screen. The combination of ’80s pop culture, dropping fandom names, and thrilling video game-like puzzles was the perfect recipe for a great movie.

However, Redditors like KeriEatsSouls remarked that the film not only lost significant plot pieces in the adaptation, but the whole “heart” of the book. In the end, every puzzle that protagonist Wade Watts had to solve was entirely changed. In the book, Ogden Morrow was never “the Curator”; he was just a nice guy that the crew discovered spying on them, and art3mis was a badass action woman who didn’t need anyone’s help, unlike her Loan player one cinematic counterpart. Also, Wade never even sees Art3mis in person until he wins the contest, just before the book ends.

As a prequel to the Lord of the Rings series, The Hobbit was an obvious choice for a film adaptation after the success of Peter Jackson’s previous Middle-earth film trilogy. However, Tolkien’s 1937 novel was short and sweet in both length and theme compared to the the Lord of the Rings books. Still, Jackson decided to turn the book into three movies, hoping to replicate his LotR Hit.

Of course, that involved adding several details to the story that Redditor Corscaa called “so much of a waste of time and bloat.” The book never talked about characters like Legolas or Tauriel, let alone included them in a love triangle with the dwarf Kili. Additionally, Azog the Defiler was an entirely minor role in the book, as opposed to the central antagonist he was in the movies.

NEXT: 10 Cliché Fantasy Movies That Are Always Awesome

10 Fantasy Movie Endings So Bad They Ruined The Movie, According To Reddit