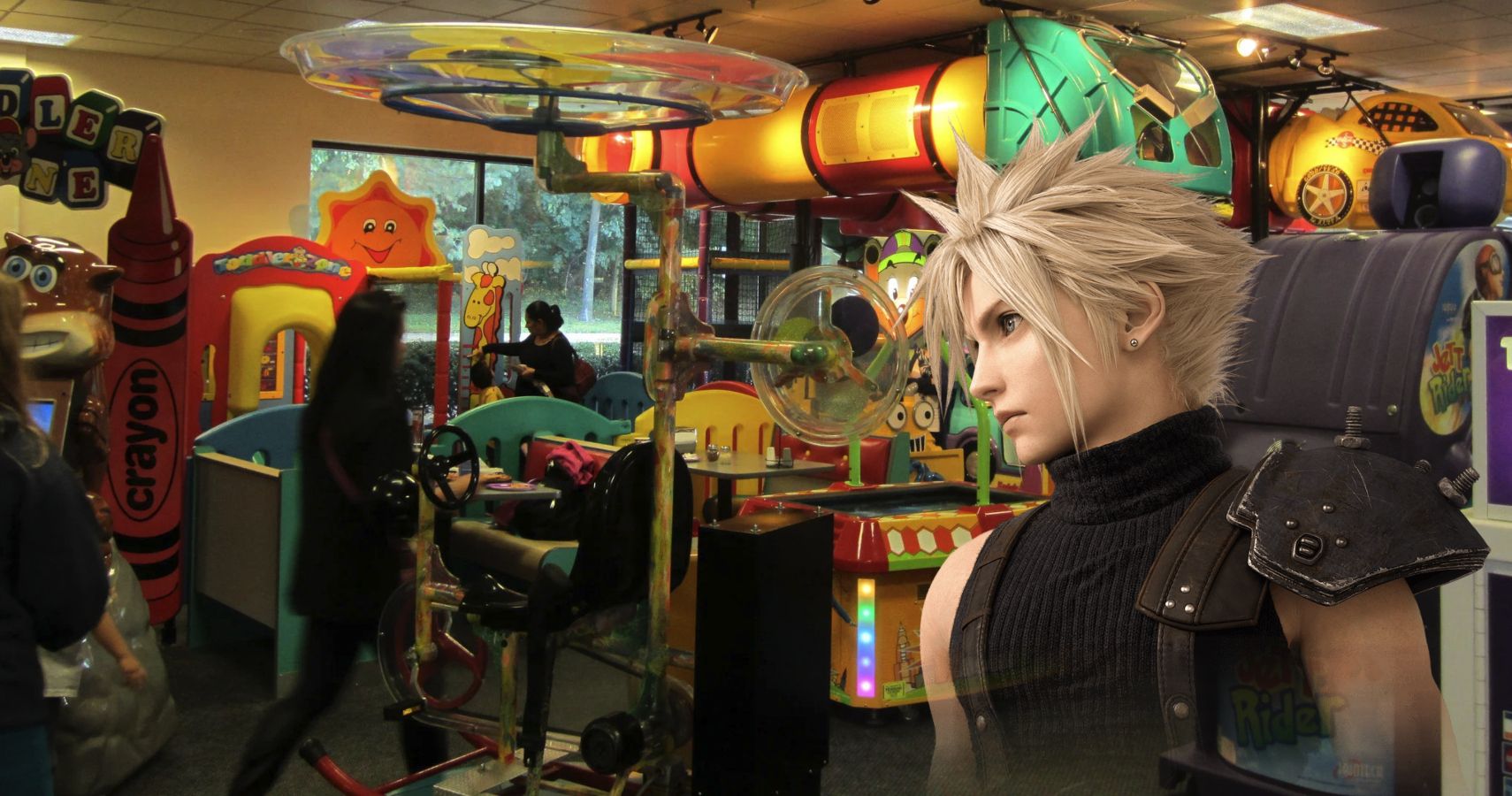 Arcade machines borrowing sounds aren’t entirely new, especially when it comes to ticket and prize games. Take a tour of your local arcade and you’ll likely hear some ticket or claw machine games that make liberal use of the sound effects found in other games.

However, this one is quite daring. Twitter user JRPGBook discovered a downright terrifying animatronic game in their local Chuck E. Cheese called Dino Pop. While not much different from your typical kiddie prize game, listen to the cabinet audio.

Since Chuck E Cheese is all the rage for some reason, here’s a game I discovered in a local while playing a pirate take on the Chocobo theme from Final Fantasy. pic.twitter.com/MhbI5GD2rN

That’s right – it’s a variation of the iconic Chocobo theme from Final fantasy, and a fairly liberal use of it. However, it gets weirder, as one commentator shared a clip of another Dino Pop cabinet with different sounds.

The original download is done by a company called Amusement Warehouse – a South African company who seem to be the makers of these things. Listen :

That’s right – it’s Golden Saucer’s music, just played in the same style as the Chocobo theme from the other cab.

It’s a strange find, no doubt, and it makes us wonder where the OP’s Chuck E. Cheese even got one. The most that I could find is that the Dino Pop furniture is sold by a UNISGames, which offers it on their site. It is, however, exhausted for the moment.

UNIS also has an unlisted video demonstrating the product.

From the information available, I’m assuming a Chuck E. Cheese was filling his cabinet inventory from a wholesaler. This wholesaler, probably a company like UNIS, likely buys amusement parks and arcade rides in bulk from Amusement Warehouse. Maybe the supply chain is deeper than that (and it probably is), but that’s all I could figure out.

It’s safe to say, however, that someone had a little too much blurring in the soundbanks they pulled from which resulted in this weird little curiosity. Either that or someone who makes prize games for kids is just a really big fan of Final Fantasy – just like the Genshin Impact composers!

After 100 hours of grinding, someone beat an “impossible” enemy in Final Fantasy 10

Tidus is never supposed to beat that Water Flan in Besaid … but what if he does?

10 dumbest decisions in the history of fantasy cinema