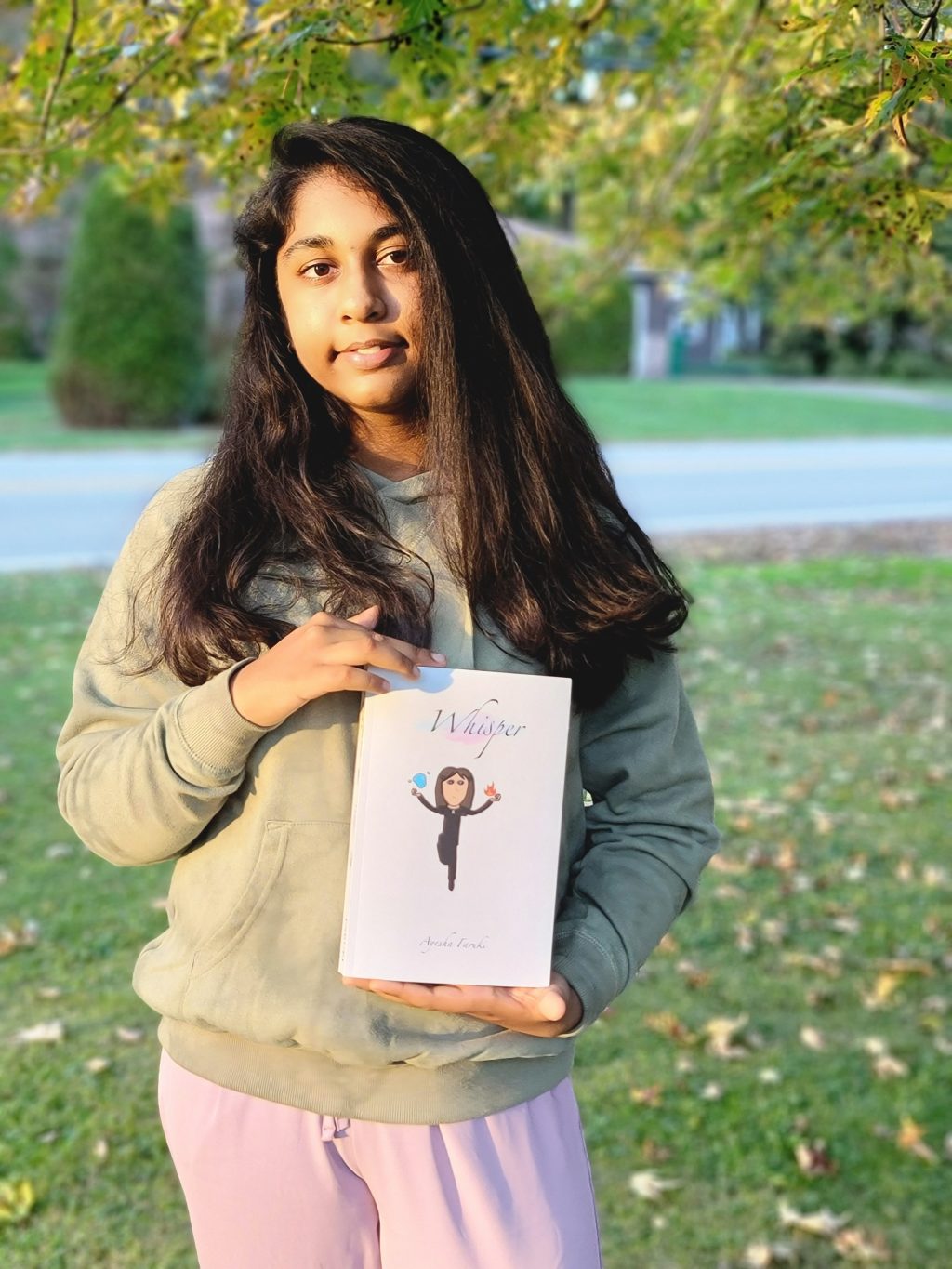 Ayesha Faruki, an eighth-grade student at Mentor’s Memorial Middle School, recently published “Whisper,” the first book in her fantasy series that she began writing at age 11.

Faruki, now 13, first conceptualized the idea for her book series, titled “Cities of the Lost”, when she was only 9 years old. For Faruki, “Whisper” is just the beginning – she said she has five books planned for the series, and is currently working on writing the second.

She explained that “Whisper” follows the lives of six children who find themselves with access to a magical alternate world after a school trip goes awry.

“These characters take a special trip to their school’s sixth grade camp, and then this trip takes the wrong direction,” she said. “So, on this journey, they unlock this whole new world, and it’s a magical place. Everyone has gifts. So we find out that they are also part of this world and that they have a very important role to play in it. “

She said readers follow the characters as they learn to overcome obstacles in the new world, while juggling keeping their lives in the old one.

“They kind of have to live out their destiny – they were meant to be a big part of this new world, and they have to figure out how to do it,” Faruki said.

Faruki, who has always loved the fantasy genre, remembered wanting to write a book for several years, but struggled to find a plot that she wanted to stick with. After attending the camp herself, she found the starting point she was looking for.

“After sixth year camp,” she said, “I got that inspiration and thought – I’m just going to write this.”

Although the main characters are children, Faruki said, she doesn’t feel that “Whisper” readership should be limited to only people her age.

“I feel like it would be good for anyone between 8 and 16, like a wide range, because it’s kind of one of those ‘Harry Potter’ type books,” he said. she declared. “You can read it regardless of your age. I want this to be a fun thing for everyone.

Faruki also designed and designed the cover for “Whisper”, as well as all of the various illustrations found inside the book. Additionally, she started learning to use computer coding at the age of 6 and has since created her own games and mobile apps, which can be found on her website. https://www.afaruki.com/home.

To learn more about “Whisper” or to purchase a copy, visit https://www.amazon.com/dp/B09CHFJ1FW.

The fantastic movie on TV: “Transformers