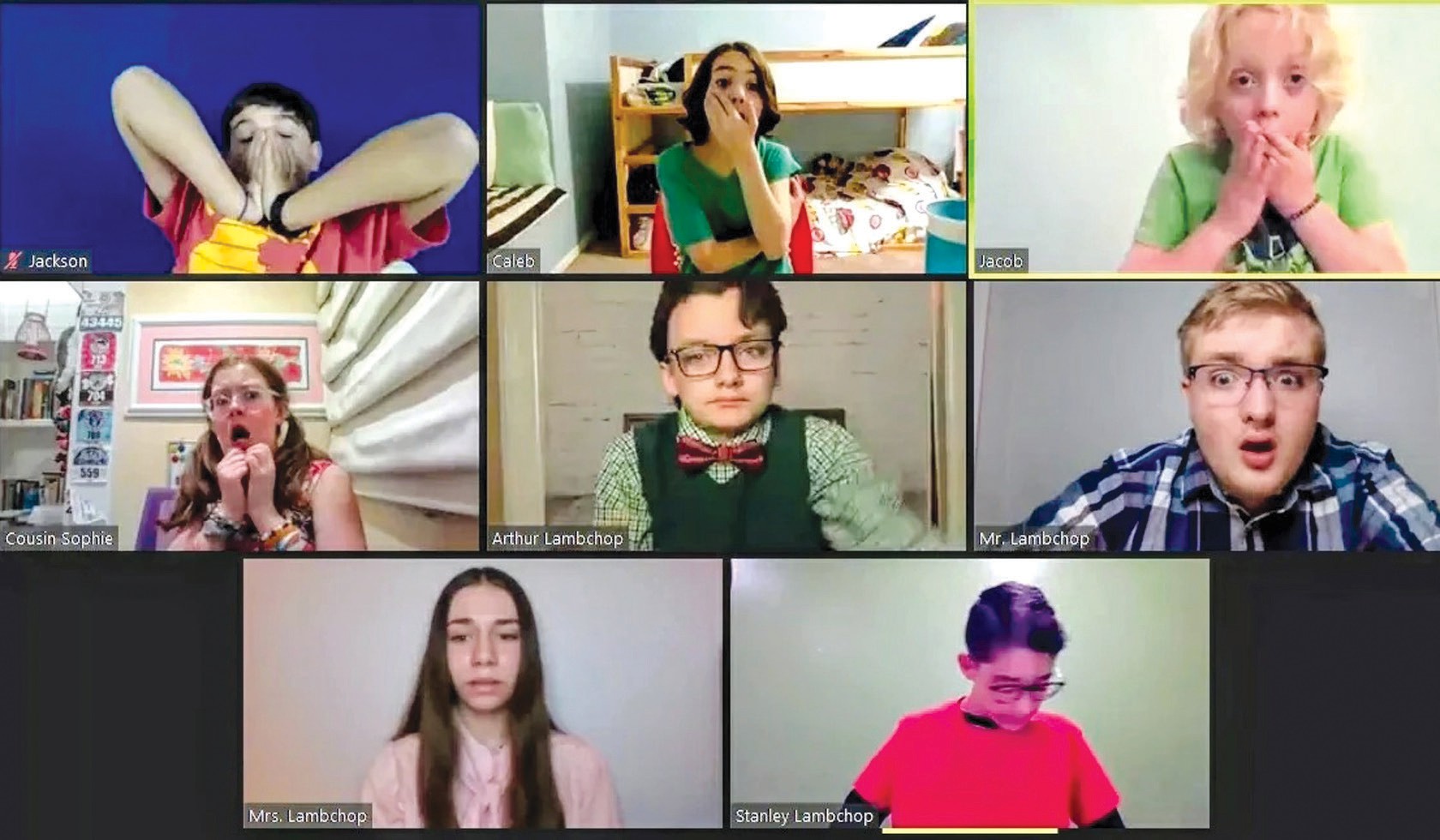 FLAT-OUT FUNNY – A boy wakes up to find he has been flattened into a two-dimensional character in “The Musical Adventures of Flat Stanley,” a play recently presented via Zoom by the Conejo Players Theater. Courtesy of Michael Kronenberg

Three screenings of the Allkid production were broadcast from November 6 to 8 by the Thousand Oaks-based troupe. The shows were produced by Elena Mills and Beth Eslick and directed by Michael Kronenberg.

The character first came to life in 1964 when author Jeff Brown wrote “Flat Stanley” as a bedtime story for his two sons. Twenty-five years later, Brown began releasing new installments. By 2003, the year Brown died, the series had sold over a million copies and had been translated into six languages. Today, new adventures of “Flat Stanley” are created by other authors.

In the musical and the books, Stanley Lambchop is an otherwise normal 10-year-old boy whose bulletin board falls on him overnight. When he wakes up, Stanley realizes he has been flattened. He takes advantage of his new wearable status by mailing himself around the world, seeking a cure and a return to his three-dimensional self.

The musical “Flat Stanley” normally runs for an hour, but Conejo Players has reduced its virtual production to 30 minutes. Sebastian Rodriguez played the role of Stanley, who visits Paris and foils a heist at the Louvre using two similar two-dimensional paintings, the Mona Lisa (Emma Peleaz) and Napoleon (Jack Goldsmith).

Early in the story, Stanley has a sleepover party with friends when he is crushed by the offending Bulletin Board (a real talking character, played in a way not like wood by Emily Bram). Rodriguez beautifully captures Stanley’s heart and soul and has an on-pitch voice on the song “I Wish I Were”, literally taking the traditional song “I wish” from musical theater.

Mia Brown is also charming as Mrs. Cartero, the mail carrier, who does a great job on “Let’s Go Traveling”.

Noteworthy is Adeline Reiger as Stanley’s mother Mrs. Lambchop, who sings the short but melodious “We Miss You”. Neil MacCormack does a good job as Stanley’s cranky dad.

Retail has performed well in Zoom’s confined space, which is the safest way for artists to interact in our COVID-dominated world.