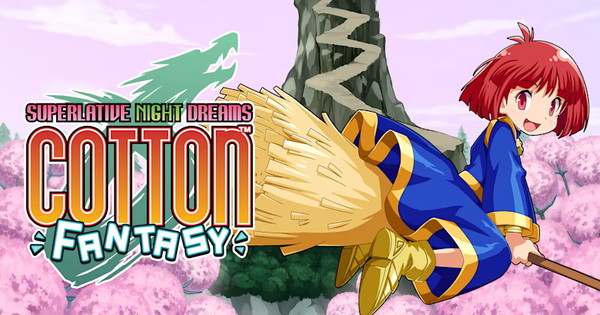 the Cotton the series is nothing if not a survivor. First appeared in 1991, Cotton introduced the horizontal shooter genre to a cute little witch with a cuter, smaller fairy sidekick, and it never deviated from that. The 1990s brought sequels and ports, followed by nearly two decades of dormancy after the badly received Rainbow Cotton. Still, Success never completely forgot about games, and the last year has seen a remake of the first game as well as questionable re-releases of Cotton 2, cotton boomerangand Panorama Cotton. Still, for those looking for a brand new game that shows us exactly what has kept the series alive, there’s Cotton Fantasy: Superlative Nocturnal Dreams.

The realm known as Fairyland faces dire circumstances, in part due to a sudden and inexplicable shortage of magical Willow Candy. Desperate to help, the little fairy Silk learns a legend that predicts the emergence of a savior clad in blue. It could only refer to Princess Nausi… uh, the witch in the blue Cotton dress. Silk searches for her cautiously, as Cotton has a maniacal, abusive, and consuming hunger for Willow candy. Still, she’s the best hope for Fairyland, so she leaves with Silk in tow. It’s a simple story, and it’s the only one cotton fantasy: No matter which character you choose, you will follow Cotton and Silk in the cutscenes.

That shouldn’t detract from the game’s greatest strength, which is its diverse cast of characters. Cotton has the usual approach to series of simple shooting attacks, with colored gems granting three different forms of magic. These stones can be fired to change their element, and Cotton can carry three of them, triggering a fierce spell by sacrificing a jewel. Appli, Cotton’s rival, has similar powers but gains the ability to grab and throw enemies like she did in Cotton 2.

While Cotton and Appli are the shooter’s core characters, Success went above and beyond with the rest of the cast. Kawase of the Umihara Kawase The series has its signature grapple line and Appli-like enemy throwing powers. Luffee from the somewhat obscure RPG Doki Doki Poyachio has a rechargeable laser attack. Fine draws inspiration from the shooter Sanvein and therefore has charge projectiles, a short energy sword, and a new approach to taking damage: instead of losing a life, she loses time and she must recharge her meter by collecting crystals. The most interesting of the initial set is Ria, an anime-girl version of the ship from Psyvariar. She adopts the game’s “buzzing” mechanic which rewards her for getting as close to projectiles as possible. 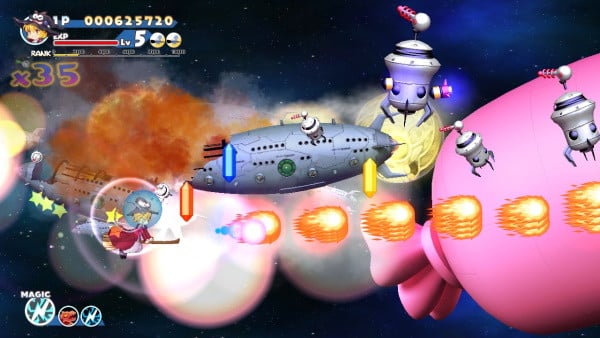 cotton fantasy offers plenty of room to try out these characters. The early stages explore a familiar progression of fantastical settings and monstrous enemies, but after that you’ll find a selection of levels to explore in an optional order. One has a huge airship that swings in and out of the set as our heroines dismantle its forces. Another delves into an Egyptian tomb (a welcome sight since Lifeforce for the NES) where blocks and traps are as much of a hazard as dragons and ghosts. And then there’s the culminating ascent of an attack cruiser into space, with a Gundam-like an armor upgrade for a broom witch.

As a 2D shooter, cotton fantasy takes things relatively easy at first, but as the levels get more interesting, the enemy attack patterns and furious bullet storms that come your way also increase. End-of-stage bosses dive around the screen, change shape, and even retreat if you can’t destroy them fast enough. It encourages players to master any character they choose, using their powers to dodge bullets and reduce enemies to harmless bonus trinkets as efficiently as possible. 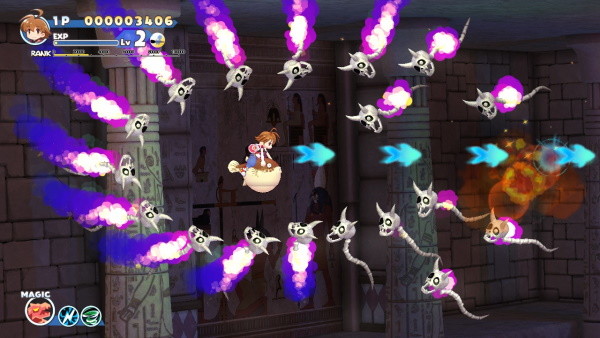 Unfortunate that cotton fantasy doesn’t make any of this remotely difficult. Sequels are unlimited and forgiving, sending players back into the action with only their scores reset as a penalty. This is unfortunately routine in today’s shooters, and it forces an unsatisfactory choice: either train hard and try to finish the game with a single credit, or just carry on with no real consequences, depending on brutally forcing himself in front of a boss or obstacle. A continuous system that takes players back to the start of a stage or maybe halfway through would be better, but Cotton Fantasy prefers an all-or-nothing approach that will only satisfy hardcore players used to inventing their own challenges.

Even so, there are enough cleverly laid out in-game enemy projectiles and level layouts to make going back and forth rewarding even without real challenge. The different characters all provide new opportunities to experiment and see which stages are easier (and which are more difficult) depending on the chosen heroine. Appli and Kawase’s grab-and-throw mechanics make for satisfyingly unorthodox gameplay, but Rin might be the most fun character; when skimming enemy fire, she occasionally benefits from brief invincibility and boosted hits, turning the common shooting effort of dodging bullets into a unique balancing act. 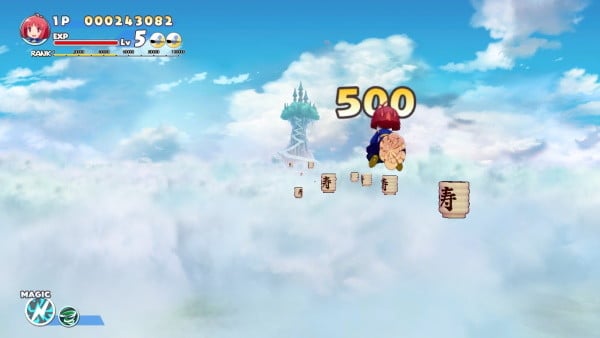 cotton fantasy also has the colorful anime look of its predecessor firmly in effect. Scenes are cheerful and bright (sort of even when set at night), and they vary in their approaches to scrolling and enemy patterns, with only occasional confusion over exactly where your character is. A few rail shooter levels, featuring the heroines flying through 3D skies like Star Fox or Space Harrier, present themselves full of bonus tea to collect. It’s a little disappointing that it’s just enemy-less interludes instead of full-on shooting levels, but perhaps Success was afraid to remind longtime fans of the chilling series. Rainbow Cotton instead of well received Panorama Cotton.

The levels get a lot of chatter from the characters, though again the only story sequences belong to Cotton and Silk. Their story is fluffy, familiar material, though it’s fun to watch Cotton’s penchant for Willow’s treats evolve to a level of addiction that wouldn’t be out of place in Trainspotting or Requiem for a dream. 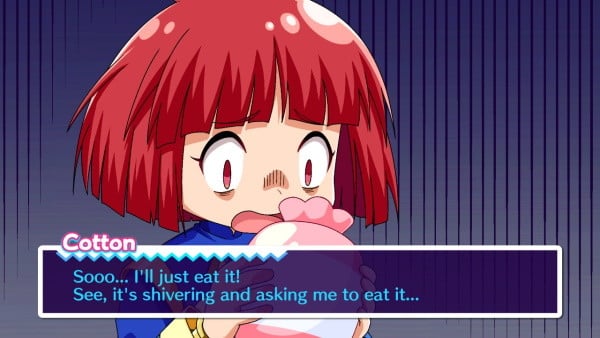 A single part of cotton fantasy doesn’t take long, but there’s a lot to unlock, from extra stages to a playable version of the game’s villain. The fun isn’t so much about going through the levels as coming back to them with different characters. It’s not perfect in its balance, as some characters make it easier to take damage or harder to tell what’s an enemy and what isn’t, but it’s worth exploring.

Cotton Fantasy is a great revival: it takes all the strengths of previous games while borrowing new ideas from as many other titles as Success could afford. All it lacks is a reasonable pursuit system, but that becomes less of an issue once you see the game not so much as a test of endurance or skill as it is a playground, holidays worth taking again and again with new friends for the ride. It’s a rarer thing to find in a shooter, and it makes cotton fantasy a pleasant star in any field.