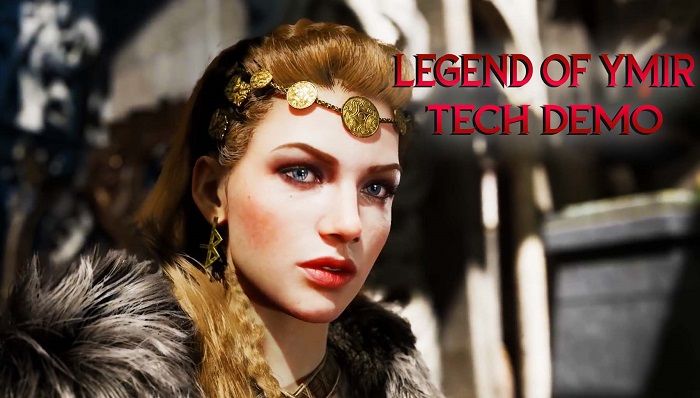 WEMADE, a Korean development studio behind the MIR series of games, has announced a new title called Legend of Ymir. In the technology demonstration announcement published by WEMADE Global, the producer of Legend of Ymir explains that the upcoming title will adhere to the story of Legend of MIRbut will use Unreal Engine 5 as its first foray into a next-gen MMORPG.

Legend of Ymir aims to be a northern European reinterpretation of the history of Legend of MIR represented in a fantastic setting. The game intends to use the same features that made the previous series so popular, including pvp-based gameplay. Not only will Legend of Ymir use Unreal Engine 5, but similar to their most recent game in the MIR series, MIR4, WEMADE also intends to use NFTs which should be leveraged in a Play 2 Earn capability.

The team goes into more detail about how they use scaling, an advanced texture system, and UE5’s Nanite and Lumen features to create a high-quality visual experience, which aims to run at frame rates consistent at FHD, QHD and UHD resolutions. The team completes the video showing in-game footage of the current version of Legend of Ymir. As expected, the visual fidelity is top notch, however, no advanced combat or movement was shown.

MIR4 The latest game from WEMADE, released on Steam and Mobile in August 2021. The free-to-play MMORPG features cross-play between the two platforms and large-scale PvP battles. MIR4 uses blockchain technology in different ways. One way is that players who earn enough Black Steel can then smelt it into a blockchain-based token and sell it to other players. Players can also tokenize their real characters and trade them as NFTs. If this exact system will result in Legend of Ymir has not yet been disclosed, but there is a good chance that the use of the blockchain will be identical.

[Writer does not own any assets in MIR4]