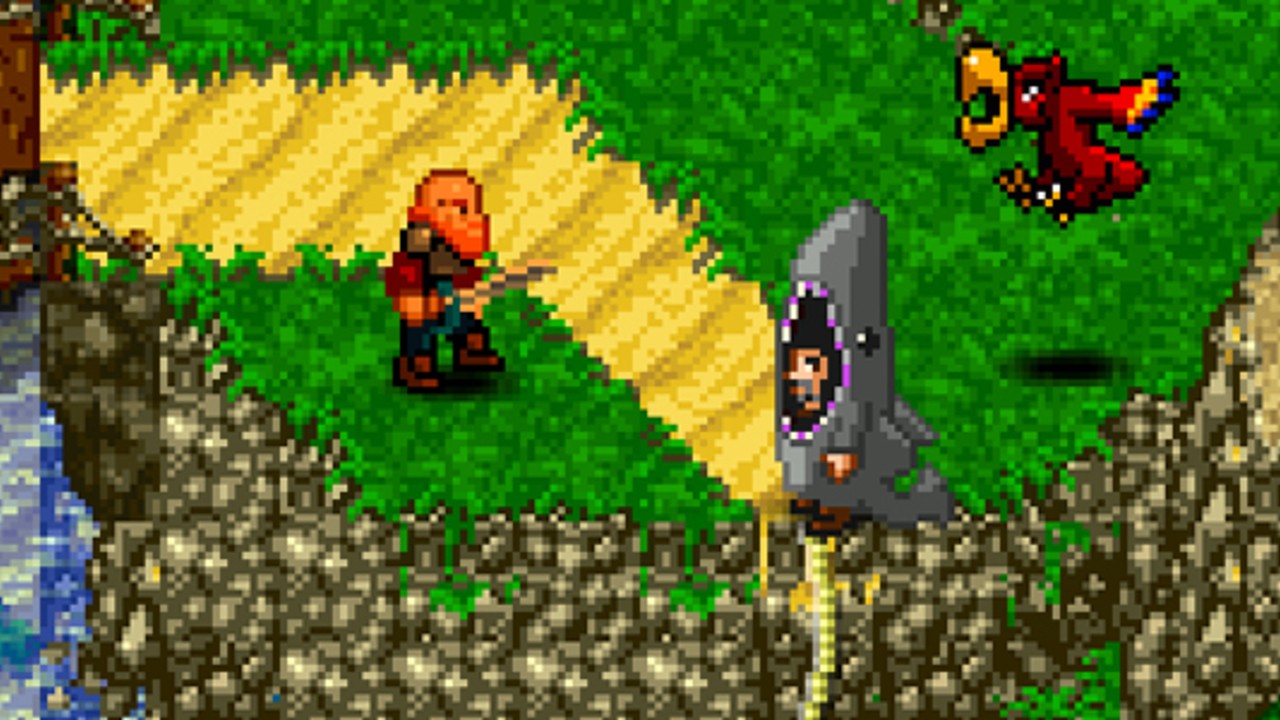 Developer Muteki Corporation could easily have stuck with what he already created with the first title, simply improving the mechanics and adding even more content. But instead, the follow-up makes multiple changes to the formula, adding more complex pixel art, quest log, reworked combat system, and plenty of other smaller mechanics. What we’re left with is a version that certainly looks and feels more ambitious, but we’re not entirely convinced that so many changes were needed.

As we said in our review, Book I was a solid but unoriginal JRPG that was charming and self-aware – and Book II is essentially the same. You’ll continue to roam the game world on foot and in ships, finding loot and defeating monsters, as you progress through a story that slowly turns into a series of catastrophic events. Ogden remains a sympathetic, comedic hero, while characters like Anders and Woodsy make a comeback as trusted companions. 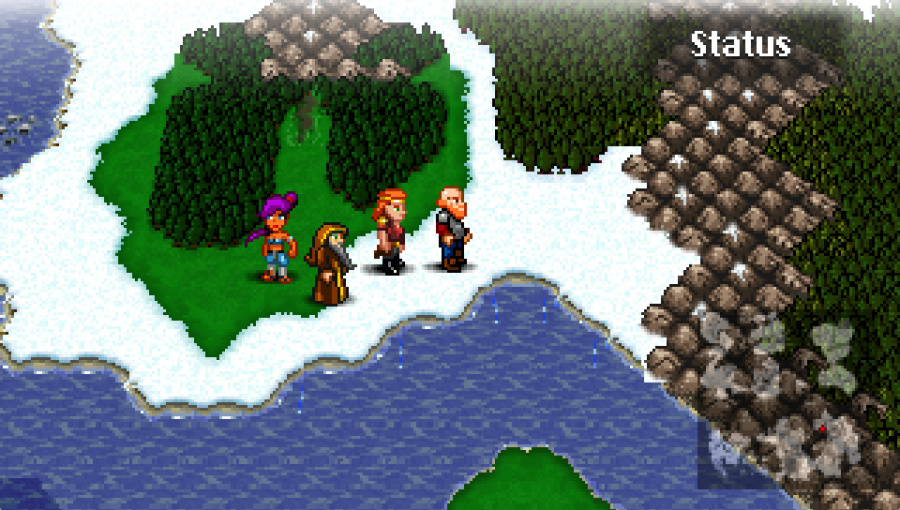 If you are new to the series, you will be lost almost immediately. While it’s still possible to make your way through the game without really delving into the plot, it will be difficult to understand who most of the returning actors are, which greatly detracts from the overall experience as the title doesn’t do a very good job. explain previous events. So it’s almost necessary that you play the previous game – if only to learn more about Ogden and his past adventures.

But even after going through the original version, the procedures can still seem quite vague and confusing. The plot follows a predictable path that attempts to parody the clichéd plots of countless JRPGs, but in doing so, it falls into all the disappointing narrative tropes of the genre. It’s all well and good to try and make fun of a band member for being generic, but that doesn’t excuse the fact that they are indeed generic, and it’s funny to laugh at a villain that is ripped straight from another version, but it is not. t prevent them from running out of depth. To be fair, there are a few plot points that do a great job of delivering the unexpected, which mostly stems from the humor. Given these scenarios, the story of the game is a bit haphazard – sometimes it feels like you’re being dragged around the world for no other reason than to emulate the typical padding of a JRPG, while at other times, you’ll stumble upon some really well-written and memorable moments that arguably equal the greats of its genre. 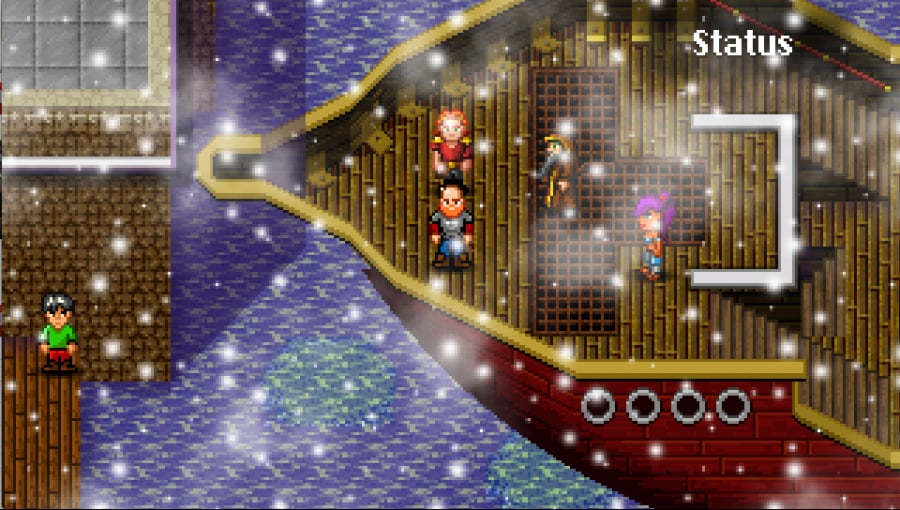 Things are just as fragile when it comes to the combat system. The version removes the first-person encounters that the original competently included and replaces them with on-site brawls heavily inspired by people like the trigger of a stopwatch. You’ll see creatures roaming the immediate vicinity, and when they get close, everyone pulls out their weapons as turn-based combat ensues. The change of perspective allows for a seamless transition from exploration to combat, but it also comes with visual and technical issues.

For starters, your party names, HP and MP totals appear at the top left of the screen, and although they are partially transparent, the text often obscures enemies or allies as the brawls continue. and that the sprites move on the battlefield. On top of that, the action menu that covers the bottom of the screen is temperamental and poorly presented: issuing commands can sometimes become a chore as your choice is highlighted in blue on a blue background, and clicking abilities like magic spells brings up an oversized submenu that’s incredibly difficult to navigate as only about three abilities are visible at a time, requiring constant scrolling to find what you’re looking for.

On the bright side, battles are fast-paced and feature some nice attack animations, while enemy designs retain their first-game charm and personality. Creatures also play a much bigger role this time around, as you can befriend beasts that you weaken before you throw a catch net at them. It’s an obvious nod to Pokemon, although not nearly as deep, but it does add variety when it comes to forming your merry group of warriors. After the first part of the game, you will end up with four characters who stay together, but some or all of them can be replaced by monsters that you have tamed. Unfortunately, there isn’t much incentive to do this outside of experimenting for fun, as the actors make up a strong team who can easily walk you through the adventure. Also, since battles are no longer random, looking for levels with unnecessary party members seems like a waste of time as you will have to move from dungeon to dungeon. 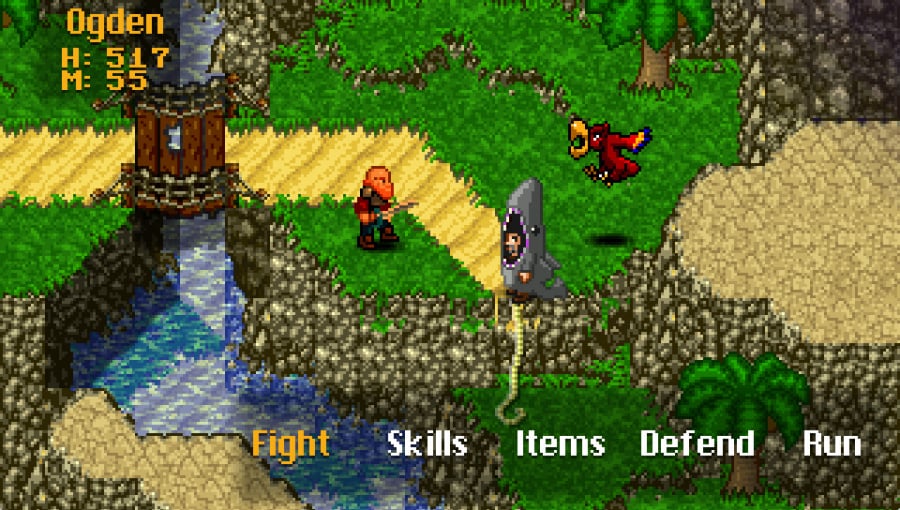 The dungeons themselves are well designed, as are most places in general. Each new area is different – though not particularly original – and monster-infested caves and forests always manage to strike a balance between being too short and too long. The work of the sprites is colorful, and exploring these environments without a random fight appearing every five seconds gives a good sense of adventure. With 16-bit styling, the output looks pretty magical on the PlayStation Vita, but on a larger TV, we recommend reducing the screen ratio to avoid what can potentially be a blurry mess.

Unfortunately, the game is marred by technical issues. Some are minor, like a bug that prevents you from moving for a second after a battle is over, while others are much less forgivable, like frame rate issues during autosave and worse. , crashes that occur at completely random points. While not a particularly common occurrence, our console froze during attack animations and after combat – but luckily we didn’t lose too much progress thanks to the reliable autosave. For such a basic title, however, it is extremely disappointing that these issues occur, and we can only hope that they will be fixed in future patches.

Surprisingly, the soundtrack to the title is one of his greatest accomplishments. The retro melodies that accompany each location are brilliantly well done and range from springy, bass-filled tunes that will lodge in your head for days, to calm keyboard tracks that brilliantly set the tone. And as with any JRPG worth its salt, the battle theme is catchy, energetic, and fun to listen to, while the boss theme will prove to be an instant classic as well.

Like the bald hero himself, Dragon Fantasy: Book II emerges victorious from the dungeon, with pretty graphics, a glorious soundtrack, and solid gameplay. But his celebration of JRPGs is cursed by unnecessary mechanics and interrupted by technical shortcomings. Ogden would have done better to recall fondly his earlier adventures with emotion.