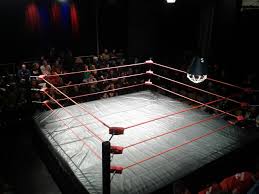 Provo, Utah – Future House Publishing and Masked Republic are teaming up for a brand new bilingual mid-level series. The trilogy of books will center on the megastars of lucha libre “La Dinistia Muñoz” – the Dragon brothers Lee, Rush and Dralistico, as well as their father El Toro Blanco (also known as Bestia del Ring). These fantastic children’s books will feature heartwarming family moments alongside epic battles between luchadores and terrifying monsters.

The books will be bilingual, meeting a need for more authentic Hispanic content for native Spanish speakers. The texts in English and Spanish will be written on side-by-side pages so that bilingual families can enjoy them in the language each family member is most comfortable with and those working to learn a second language. can enjoy a fun approach to their studies.

The Director of Development of the Masked Republic, Hector Rodriguez III, has training in writing bilingual programs for primary school students. He said: “This collaboration between Masked Republic and Future House really offers an opportunity to uplift all readers and work towards creating bilingual and bi-literate children who are culturally competent and who embrace diversity.”

“Growing up, I don’t remember that there were a lot of books with characters that I could relate to,” said Dragon Lee (whose real name is publicly unknown according to long-standing tradition. of the masked lucha libre). “Being part of a series written by and featuring Spanish-speaking characters – a series that focuses on the rich traditions of our culture both in terms of lucha libre and family – is a real dream come true.

Dragon Lee is considered one of the greatest high-flying luchadores of the modern era. Several-time CMLL champion in Mexico, Lee is also one of the most popular luchadores in Japan, where he won the IWGP Junior Heavyweight Championship. In January 2019, Lee broke into American audiences like never before by signing with Ring of Honor. He is currently both the ROH World Television Champion and half of the ROH World Tag Team Champions and a Lucha Libre AAA star.

Dragon Lee’s brother Rush is one of Mexico’s most popular superstars, having sold the historic Arena Mexico several times over the past decade. In 2014, Rush formed “Los Ingobernables,” the hugely popular rudos (rule breakers / villains) faction that many have compared to the popularity of the NWO during the pro wrestling boom of the 1990s in the United States. Older brother Muñoz had six championship reigns in CMLL, including the World Light Heavyweight Championship, which he held for almost two years. In late 2018, Rush joined the US-based Ring of Honor, where he won the ROH World Championship twice for over 500 combined days.

Rush, real name William Arturo Muñoz González, is excited to share the books with his son. “My son already wants to follow in my footsteps and become the first third generation Luchador in our family. He is very happy to read the monster hunting adventures that my brothers and I are going to continue. But, he knows that we take his education very seriously. My wife and I think the way the books showcase Spanish and English side by side will be a great way for him to learn two languages ​​at the same time, maybe without even realizing it.

Dragon’s brother Lee and Rush, currently known to the lucha world as Dralistico, has been a major star of the CMLL promotion in Mexico for the past nine years and made his Lucha Libre AAA debut on Saturday. last night, forming the team of “Los Hermanos Lee”. with his little brother.

Masked Republic founder and CEO Ruben Zamora said of the deal: “Growing up, the luchadores were my superheroes. We look forward to teaming up with Future House to provide an exciting new world for mid-level readers, which will help increase the still under-represented number of Hispanic children’s titles and maintain a truly universal appeal.

The trilogy will be available in print wherever the books are sold, including Barnes and Noble, Amazon and independent bookstores, as well as on all major eBook platforms. The first novel is expected to be released in 2023.

About Future House Publishing:
With roots in cinematic storytelling, Future House publishes adult sci-fi and fantasy novels, as well as intermediate-level adventure books that embrace community, freedom, and family. Our books are a unique blend of original and licensed properties, including page-turning stories in worlds first born in film, tabletop games and more. Future House Publishing is an imprint of Familius. Our books are represented for TV & Film Development by Kaplan Stahler Agency and are distributed by Workman in partnership with Hachette. Foreign rights are represented by DropCap Rights Agency.

About Masked Republic®:
Masked Republic, a privately held company, is the first integrated live events, merchandising and media organization focused solely on the emerging lucha libre market and dedicated to the expansion of the sport, seen as an integral part of the Mexican culture, beyond the borders of Mexico. The company’s main lines of business include representing dozens of the industry’s biggest stars, global merchandising through the company’s Legends of Lucha Libre® brand, production and creation of live events, management, production and distribution of content across multiple platforms, including television, home entertainment, pay-per-view digital media and movies. The company is headquartered in San Diego, California, with offices in San Francisco, Las Vegas, Mexico City and London. For more information, visit MaskedRepublic.com and follow @MaskedRepublic on social media.

The fantastic movie on TV: “Transformers