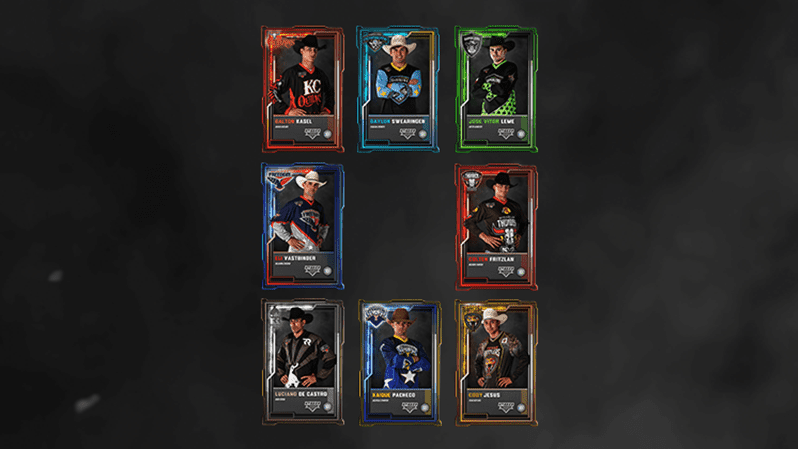 PUEBLO, Colo. – Want to be more involved in the PBR Team Series?

Starting September 12, PBR Team Series digital trading cards will be available on the PBR Stockyard Market – the house of PBR NFT. Fans with Team Rider cards can enter a weekly fantasy contest to brag about other owners.

Want more information about PBR NFTs? Click here for the FAQ on how to get started.

The game is based on PBR Team Series events, allowing card owners to earn points based on the actual performance of real racers.

To create a fantasy team, owners choose seven racers from their card collection. So you must have a racer card to place it in your fantasy team. (Fifty-six PBR Team Series racers are available to users.)

When a runner scores points in an event, the user receives the same number of points as the runner scored. Users only receive points when they have selected a full team of seven riders.

Users can switch teams throughout the season, but must do so between Monday 12 noon ET and Thursday 12 midnight ET to receive points for those riders in the upcoming week. From Thursday at 12:01 a.m. ET until Monday at 11:59 a.m. ET, users cannot change their players.

Points earned for an event are awarded to users on Monday at or around 10 a.m. ET. When a racer scores points in PBR Team Series events, that same number of points is awarded to all users who race that racer on their team that week.

Each week, users receive the total points that players on their team earn from real events. Each week, these points are added to their total score, which is reflected in the leaderboard.

The user with the most total points will take first place in the leaderboard and the user who takes first place at the end of the season will be the winner.

The only prize to be won is bragging rights – which, let’s face it, is about as valuable as it gets.

So remember, check out the PBR Stockyard Market September 12 on the new way to be a PBR superfan.