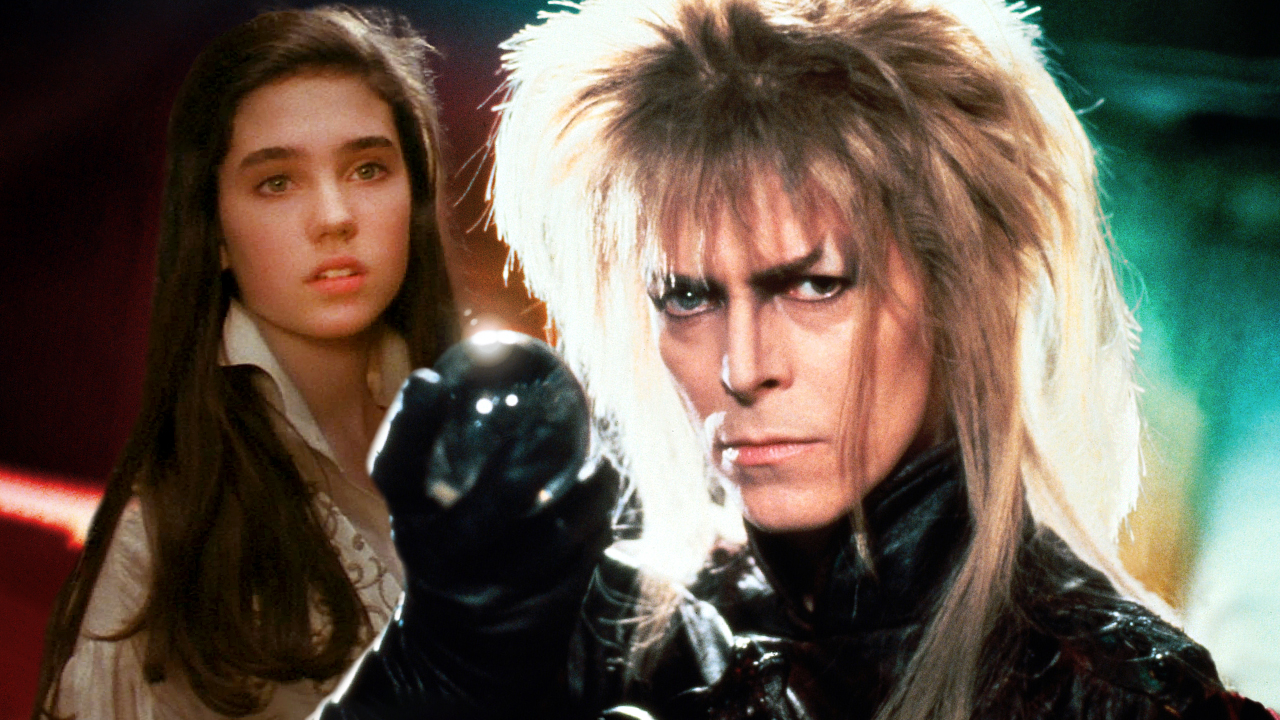 Jim Henson was made of magic. This magic spilled over into many of our childhoods with sesame street, the Puppet show, and more. Henson created creatures we had never seen, but inside each of them was a humanity that manifested through every layer of felt or rubber used to make them.

In the 1980s, Henson’s work took on an even more fantastical twist, beginning with The dark crystal (which we will certainly get to) and in 1986 venturing into a realm that bridges childhood and that period we’ve all lived through known as adolescence…that disorienting and tricky maze we’re about to become that dreaded word…adult. Henson did it with the aptly titled movie Labyrinth and it would become one of the most beloved films of the 80s.

So brace yourself as we venture into the lair of the goblin kings where we’ll meet David Bowie’s crystal balls (I swear there won’t be many jokes like this… okay, maybe don’t swear…) an epic bog full of gas, and Jennifer Connelly was as wide-eyed as we would all be if David Bowie had us waltzing on a dance floor. Let’s Dance Magic Dance in the 1986s LABYRINTH.

If you like our fantastic reviews, check out some of our others below!