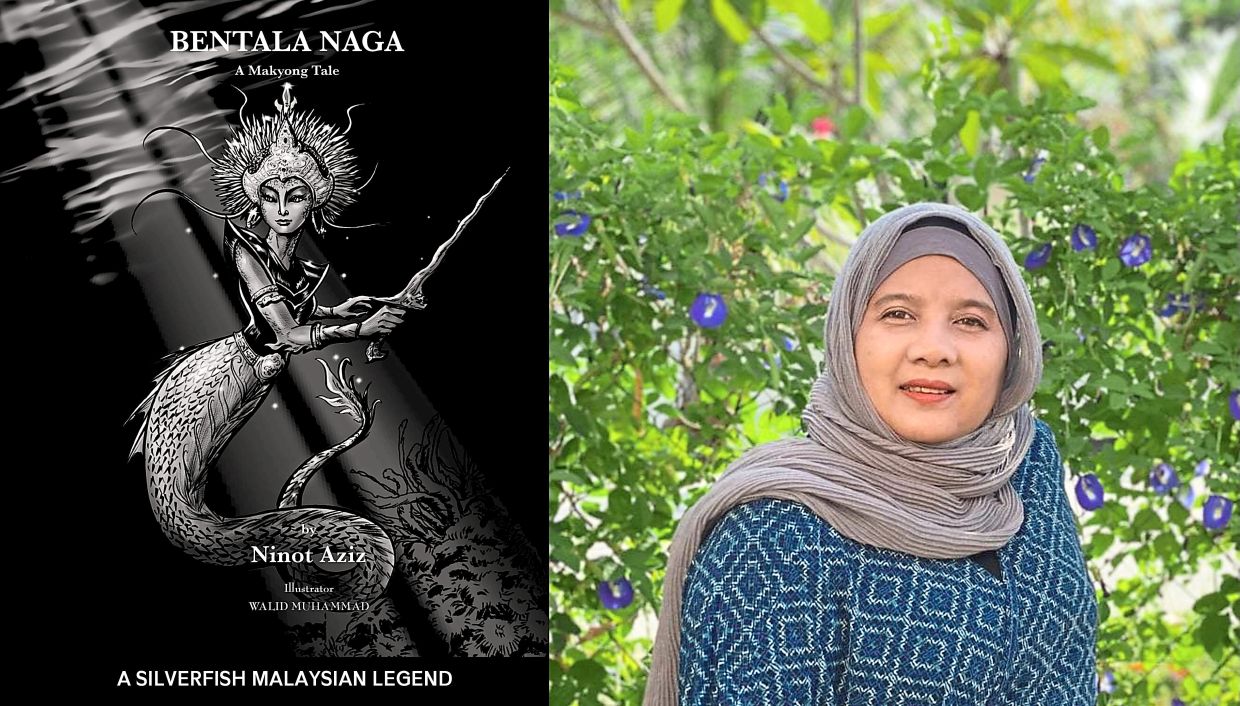 Legends of the Depths from Nusantara’s Fantastic Book ‘Bentala Naga’

Many ancient kingdoms in Southeast Asia have stories of people living under the waves. One of those classic seafaring stories, first told generations ago, is now returning.

Bentala Naga: A Makyong Tale is a Nusantara fantasy adapted from the mak yong dance form. It is now repeated for modern readers by Ninot Aziz and accompanied by illustrations by Walid Muhammad, Dani Warguide and Atiqah Nik Ghazali.

Bentala Naga is an intergenerational tale about the mythical kingdom of the Naga, a people of sea serpents, and their relationships with their human neighbors. Its central character is Bentala Naga, a wise and powerful Naga queen who ends up caring for Puteri Gak Jitra, a human child. Noble princes, magical powers and all the beloved elements of fairy tales feature in this story.

Bentala Naga is published by Silverfish Books as part of its Hikayat series, which publishes Malaysian heritage tales for readers of all ages. This series is presented in hardcover format.

This is the second book in the Hikayat series after Bidasari and the Djinn in 2018.

Ninot, born in Australia and raised in Pahang, says she was introduced to the story of Bentala Naga in 1996. Then she performed in a mak yong show at the Royal Lake Club in KL, featuring the deceased. practitioner of mak yong Khatijah Awang. and his troop.

“She performed excerpts from some mak yong pieces. During her three nights of rehearsal, I wrote down everything she sang, did and spoke. It was so that we could present a story to the audience. The show was a success and made me decide that I wanted to put all the mak yong stories together, ”recalls Ninot, who has worked on a wide range of books including novels, anthologies and YA fiction.

Traditional stories have always been close to his heart. The mak yong experience sparked Ninot’s love for this art form, and she then collected stories by watching mak yong performances and interviewing people from this traditional theatrical community.

This research was useful to him when writing his new book.

According to Ninot, the tale of Bentala Naga contains elements of three stories found in mak yong. They include the tales of Endeng Tejali, Anak Raja Gondang and Raja Bongsu Sakti.

She mentions that these stories are usually interpreted separately. However, after researching and talking to mak yong practitioners, Ninot realized that they were all connected.

His book focuses on the unlikely link between Bentala Naga and Puteri Gak Jitra.

“The fascination is really with Bentala Naga. Why did a Naga keep a human princess? This is the story I really wanted to unveil. And through the history of this relationship comes the history of mak yong. And I think that’s essential because the legend of the Naga is an integral part of the Nusantara culture. It binds us. In Champa, Laos, Thailand, Tanah Melayu, Borneo, the Naga is a key mythological being in this region ”, explains Ninot.

While writing the story of the Naga was quite demanding, bringing the characters to life proved to be another challenge.

As Bentala Naga is an illustrated book, the right people were needed to draw these mythical snake characters. The illustrators, led by Walid, worked on a list of creature concepts before they found the right look for their story.

“The challenge in designing such a Naga was to make it look fresh and stay true to local sources. I had to avoid the look of a typical mermaid and focus on the snake-like features, ”says illustrator and speaker Walid, whose work also appeared in the comics. Kembara Laksamana Hang Tuah (2018).

“It took me a year to finish the illustrations. Some may ask, what took so long? The challenge was to find the right visual concept to match the vision of the author and publisher.

“For example, for an illustration, I had to redraw it up to five times to get it right. I also had to explore and research certain topics, like mak yong dance … I wanted the artwork to complement the characters in the story, ”Walid explains.

Pandemic or not, the book has come a long way to see the light of day, but Bentala Naga is finally available now.

Much like the book’s creative team, Silverfish Books founder Raman Krishnan hopes Bentala Naga will help stimulate the desire of Malaysian readers to enjoy such stories.

“We are a tribe, floating in the air without roots. But these stories are our roots, that’s who we are. Our culture is rooted in them. Stories inspire us and push us to do things we’ve never done, ”says Raman.

Ninot wants to see a book like Bentala Naga make an impression among a cross section of readers, where it can draw those in fantastic books to fans of graphic novels.

“We can’t keep thinking about the best stories, the best heroes and princesses are all from the western world. We have to get away from it. We must remember that we have our own legends. We need our younger generation, and even people our age, to remember that these legends are part of our culture, ”concludes Ninot.