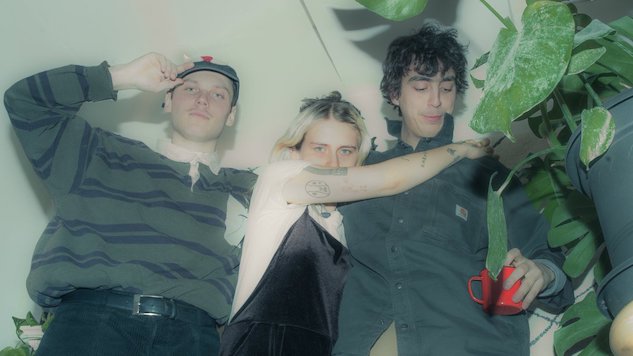 On Wednesday, Hardly Art and Polyvinyl announced the collaboration between Chicago bands Lala Lala and Grapetooth on a pair of new dream songs just in time for Valentine’s Day, “Fantasy Movie” and “Valentine.”

Proud to announce a fantastic collaborative single from @Lalabandlala and @grapetoothband! “Fantasy Movie” is now available on all streaming sites. Let’s go! https://t.co/b0EGPug9tSpic.twitter.com/5DNwsL4jBK

Lillie West of indie-rock trio Lala Lala and new-wave duo Grapetooth forged their distinct sounds together, producing something between John Maus and Casiotone for Painfully Alone. Both tracks have a cinematic quality, with “Fantasy Movie” evoking enlightened love movies that might focus on lust and grief as opposed to gooey, idealized representations of love, while “Valentine” captures the excitement that speeds up the heartbeat of the new romance in a clever and low-key way.

Grapetooth’s Chris Bailoni says of the songs in a statement:

“I wanted to [“Fantasy Movie”] being filled with many layers of wobbly detuned organs and synths with a similar timbre that constantly intersect throughout the arrangement. [On “Valentine”] Lillie and Clay [Frankel] sang beautifully for hours and left the session file with almost 100 tracks on it – arranging and then mixing this song was a wild maneuver but I’m super happy with the way the songs came out. I love making music with these two friends.

Hear Lala Lala and Grapetooth collaborate on “Fantasy Movie” and “Valentine” below.