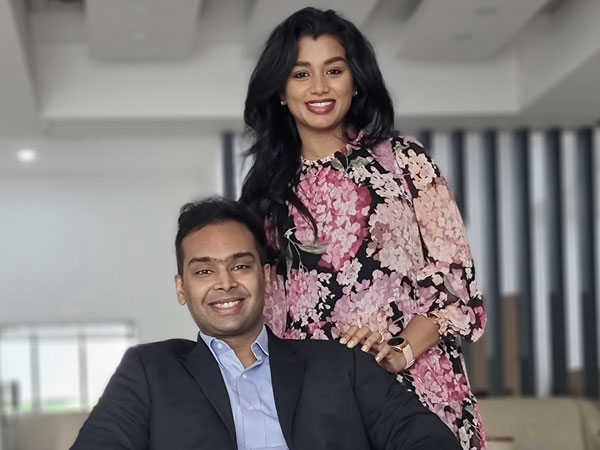 Launched by Iplay Technologies founded by Ram Pratap Reddy and Ponaka Abhishiktha, My Movie League is India’s largest skill-based fantasy movie games platform for all movie buffs to bring their movie knowledge to the fore. test and win great prizes.

The increasing penetration of the Internet and the increase in disposable income have given rise to the rapid development of mobile games. My Movie League is emerging as the leader in the mobile video game space, where users can participate in a range of games and compete against tens of thousands of players in games and win exciting prizes. Sports and movies are two things Indians love to watch and enjoy.

Most of them follow them very closely and keep abreast of the latest sports and film developments. Iplay Technologies recently launched My Movie League, a platform for all moviegoers to test their knowledge of movies. if you’re a Bollywood movie buff then this is the place to be.

The game mode on My Movie League is super fast. Each game consists of real-time users who compete against each other to steal the maximum amount of money. Here, all players win money, and there is no loser in the game. Based on the ranking, the best players will win cash prizes up to 1 Lakh and good cash back rewards up to ‘at 100%, which makes it a virtual heist with real money for the takes.

One can test his cinematic knowledge through a series of questions and analyze his extraordinary skills to predict box office movie collections based on various factors and win fantastic cash prizes. Subsequent players will receive the other cash prizes following the first prize. Get the real feel of a heist, but pull out the top winners based on their performance.

“My Movie League is going to be a game-changer, which is made in India. Our team are thrilled and happy to launch the app as it allows us to engage with the massive player base and geographic reach across India while by providing thrilling and seat-bound movie game experience for all players. My Movie League is the first fantasy movie game for the Indian market. It is a box office prediction game where players have to predict the box office collection values ​​of the movies based on specific information.The player who predicts the actual value of the movie collection or the value closest to the current collection value is the winner . We kept the price for playing our games very low. We wanted to make our game affordable for ordinary people, “said Rampratap Reddy, Founder and CEO of My Movie League.

Iplay tech games start from just Rs 20 / -. In addition to making the game very economical, we guarantee that “All of our players win”. We are refunding all of our players money that no fantastic sports app service provider offers in India.

“We expect the app to offer Box Office & Quiz games for every film industry in India: Telugu, Tamil, Kannada, Malayalam, Marathi, Punjabi, Bengali, etc. We have already started working on” Telugu Box Office movies “We will be launching them very soon. We anticipate that our game application will have immense potential in the future. Being the first fantasy movie game in India, we have the precursor advantage and can tap into the huge Indian market that remains. to explore, ”said Ponaka Abhishiktha, co-founder of My Movie League, of the plans.

Rampratap Reddy is an alumnus of IIT Varanasi and worked as a computer network engineer in the Gulf before becoming an entrepreneur. He loves working on new ideas and concepts and got involved in the creation of “My Movie League”, the first fantasy movie game in India.

Speaking of his journey in this field, he said: “I have always been zealous to experiment and try something new. I like to take risks and it gives me a lot of satisfaction when my ideas go from ideation to realization. I’ve been an avid movie buff since my school days, when I worked in the Gulf out of interest and curiosity I used to compare how movies performed in terms of box office receipts.

After moving to India, I realized that people were also following movies very carefully and discussing movie box office stats a lot. When friends meet to chat and talk about movies, they tend to hang out with their favorite movie stars and are biased towards them when it comes to any actor’s box office potential. I thought about turning that love for cinema into a game where people can play box office games and make money. This led to the creation of the “My Movie League” game application. Indians love cricket, movies and politics. This is what friends and family usually talk about when they go out. There are already a lot of fantastic sports apps on the market. I thought why not make a fantastic game for movies that no one has ever made before in India, “said Rampratap Reddy.

(With entries from ANI)

Disclaimer: This article was posted automatically from an agency feed without any text changes and has not been reviewed by an editor