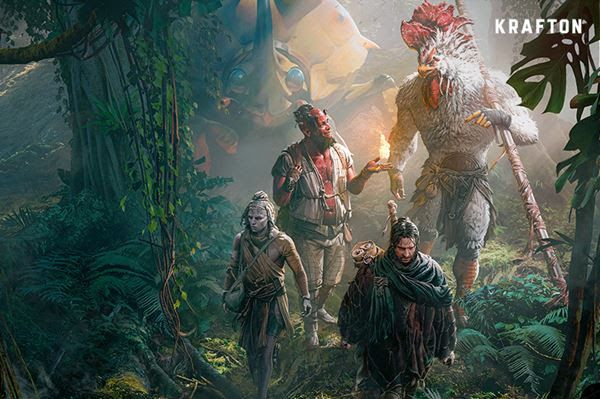 PUBG Battlegrounds developer Krafton has announced its “active start of development” on a new project based on the Korean fantasy novel, The Bird That Drinks Tears.

A new series created and written by Yeong-do Lee, The Bird That Drinks Tears game will be “an all-new experience” based on Lee’s “elaborate worlds” and “complex characters”.

“This ambitious project aims to bring the original fantasy universe of The Bird That Drinks Tears to life through its unique and refreshing fantasy races, its beautiful and haunting landscapes and its captivating, immersive and harrowing stories,” says Krafton on the newly launched game. website.

In order for the game to “provide the best experience possible”, Krafton says he is “aggressively recruiting the best development talent in the world to help create the game” and joining “Hollywood talent and concept artist”, Iain McCaig, who previously worked on Star Wars and The Avengers.

“The Bird That Drinks Tears is unlike any other fantasy story I’ve read, with new ways to explore human nature,” McCaig explained. “That’s what appeals to me the most. It’s an epic on par with Lord of the Rings or Dune. The fantasy world is fresh and visceral, blending traditional archetypes with totally original dream and nightmare imagery. .

“I was working on my own projects at the time. Committing to this project meant putting them all aside. It had to be something incredibly special to me. In the end, it was.”

Krafton also recently revealed that it is teaming up with Ubisoft for a new Assassin’s Creed-themed crossover coming to PUBG Battlegrounds later this month (opens in a new tab).

PUBG: Battlegrounds may be free, but it couldn’t be easier (opens in a new tab) play for newcomers.