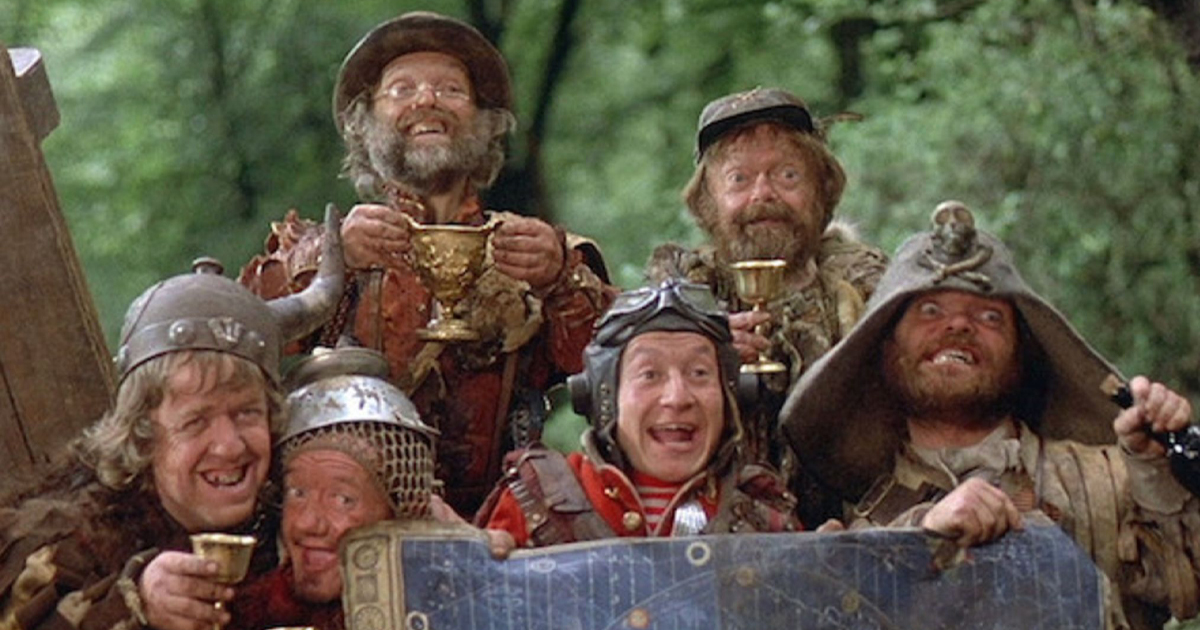 Fantasy can be an escape for many of us when it comes to movies. It is a genre widely open to all kinds of ideas and imagination. That’s really what the genre is about, imagination and taking magic and bringing it to life on screen. It can be funny, horrifying, over the top, or all of the above, and then some. And this episode of Fantasizing About Fantasy Films is going to open a portal to a movie that falls into that “so some” category. I’m talking about the 1981 classic by Terry Gilliam bandits of time, a movie that’s considered a “kids movie” but has more to it than you might think under the slapstick and craziness. So grab the map and let’s be thieves as we steal the secrets of bandits of time.

In the late 70s, Terry Gilliam had an idea for a movie. It would be a sci-fi fantasy, a dark and scathing take on the world and how technology and the worlds of business and money were taking over and turning the landscape into a terrifying and soul-crushing place. . But yes… still funny. This movie was Brazil and at the time nobody wanted to make this film. Studios and producers were more than a little hesitant to broach the subject as well as the story Gilliam was trying to tell.

Gilliam had made two films as part of the Monty Python library a few years earlier. Monty Python and the Holy Grail and Jabberwocky. When no one would accept his idea for Brazil, Gilliam decided to write a film that no one could say no to, a “children’s film”. His concept was to make the film from a child’s point of view of the world, but it would be a fantasy film, a kind of fairy tale with a modern twist… but as old as… time. Learn all about it in this week’s edition of Fantasizing About Fantasy Films!

Fantasizing About Fantasy Films is written and narrated by Jessica Dwyer. Bill Mazzola serves as editor, Chris Bumbray produces with Adam Walton, and Berge Garabedian serves as executive producer. Watch the other episodes below: